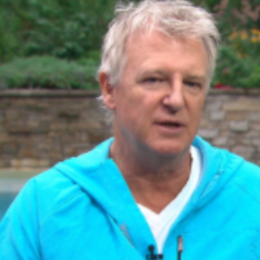 Alan Frew is a Scottish-Canadian singer, songwriter, actor, and author who is also recognized as the lead singer of the Canadian rock band, Glass Tiger. With the band, Frew released three solo albums.

Alan Frew is happily married to his long-term partner Marcy Mihalcheon whom he met on a blind date in 1988 through a mutual friend while traveling to Toronto. At that time, Alan had a snooker charity event and called Marcy to say that he would pick her up in the evening. 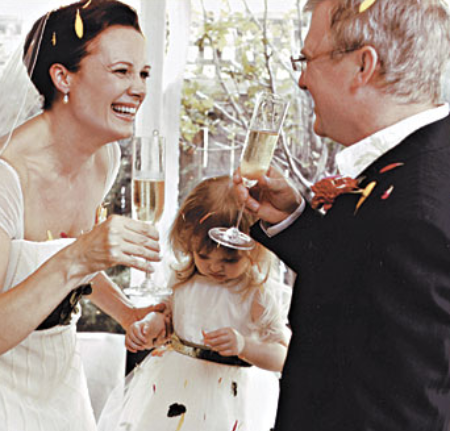 Indeed, one of their mutual friends wished Alan and Marcy would meet. And, when they finally met, Marcy had her heart leaped, and her tummy had a whirl of butterflies, which remained for the duration of the date. Interestingly, they have been inseparable since that day.

Before marriage, Marcy and Alan spent a few years in a long-distance relationship. Despite the distance being tough on both of them, Alan and Marcy always managed to find a way to make it work. The lovebirds eventually tied the knot on 23 September 2007 in a private wedding ceremony when their daughter was two.

The wedding of Alan Frew and Marcy Mihalcheon took place in their backyard with dear friends and family after nineteen years of togetherness. Marcy sang two Frank Sinatra numbers at their wedding. A Celtic/Cajun trio escorted the bride while their little daughter was the flower girl. Alan's daughter was also seen spending the ceremony in her mother's arms.

Believe it or not, there have been three engagement rings and two proposals between Alan and Marcy. Alan first proposed Marcy with a diamond ring at Fairy Lake in Newmarket by a picnic table beside a path.

When it comes to parenting, Frew is a proud father. He and his wife welcomed a daughter named Marcy Mihalcheon in 2005. Besides, Alan is also a father to a son whose identity is a mystery.

Alan Frew experienced a stroke-causing trauma to his right side on August 20, 2015. However, the singer-songwriter remained determined to recover after being overwhelmed by the constant support of his fans. Luckily, in January 2018, he made a full recovery.

Alan Frew and other members formed the 5 Juno and one Grammy-winning band Glass Tiger in 1983. Three years later, the band released its first album, The Thin Red Line. Notably, two of their songs, Someday and Don't Forget Me reached the top ten in Billboard U.S. Charts.

Alan's The Thin Red Line debut album with the band marked quadruple platinum in Canada and gold in the United States. In 2010, Frew and Stephan Moccio co-wrote "I believe" for Canada's Olympic Broadcast Consortium for the 2010 Winter Games held in Vancouver. Likewise, the Toronto Maple Leafs played their song "Free to Be" as their theme song.

Frew won the Queen's Diamond Jubilee Medal for his service to the Canadian arts and his devotion to help poverty-stricken children. With co-writer Sharon Brenna, Alan Frew wrote the 2007 autobiography "The Action Sandwich: A Six-Step Recipe for Success by Doing What You're Already Doing.

Alan Frew is happily married to Marcy Mohalcheon since 2007. The pair dated for many years before they took romance to next level.

Marcy Mohalcheon and Alan Frew welcomed their first child in mid-2010. He is the only child in Frew's family.

Alan Frew is a father of a son while also sharing a daughter with wife Marcy. However, details on his son is kept hidden from the public.