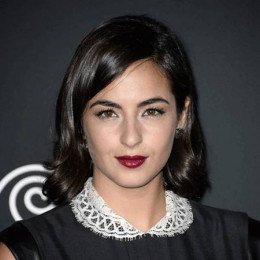 An American actress who has starred as Tara Chambler on in the AMC television series The Walking Dead in 2013. She started her acting career as Zoe McCarthy on an episode of Terminator: The Sarah Connor Chronicles. She has also portrayed as Hillary Boyd on an episode of Grey's Anatomy

The current relationship status of Alanna Masterson is possibly single. She prefers to keep her personal life confidential especially when it comes about her dating life and relationships.

Alanna Masterson has a net worth of $2 million which she accumulated from her acting career.

Alanna Masterson was born on June 27, 1988, in New York City, New York, the U.S. to Carol Masterson, a manger and Joe Reaiche, a former professional Australian Rugby player. She has four brothers. She was greatly inspired by her older brother who used to act in popular TV shows in the late 1990s to early 2000s.