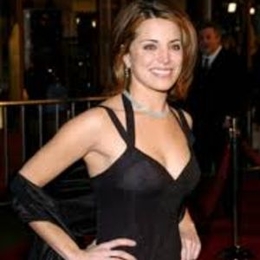 Mexican-American actress Alanna Ubach is widely acclaimed for her character in both Oscar-winning animated movies Coco and Rango. She is famous for providing a voice for several animated TV series and movies such as The Spectacular Spider-Man, Brandy Mr. Whiskers, and El Tiger: The adventures of Manny Rivera.

Alanna Ubach relishes blissful conjugal life with the love of her life. She has been married to 16 time-Grammy Award-winning Platinum music producer Thom Russo also known as Thomas Russo. The pair tied a knot on May 3, 2014, in a lavish ceremony attended by some friends and family. 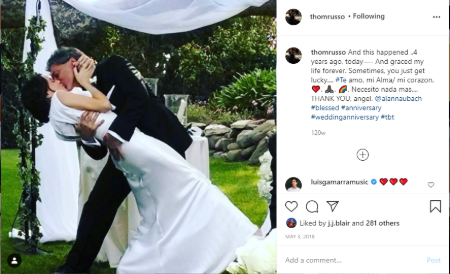 Ubach and Russo became parents to son Thomas Rodolfo Russo III on 25 July 2017 in Los Angeles at 9:56 am. Allana named her baby boy after both her late fathers. The Blue Men actress has been hitched to her man for six years however the exact date regarding their first date is still unknown. 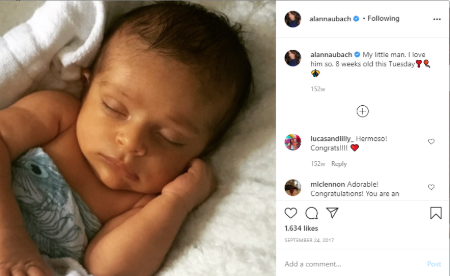 The musician celebrated the fourth wedding anniversary and wished his spouse via an Instagram post on May 4, 2018. Till today's date, neither of the parties has been part of controversies and extramarital affairs. To precise, Ubach is the only lady Thomas has ever loved and supported throughout his life.

Alanna Ubach possesses an estimated net worth of $800 thousand as of 2020. Her primary source of income is her career as a model, actress, voice artist, and singer. She had a net worth of $1.2 million as per some genuine online sources. 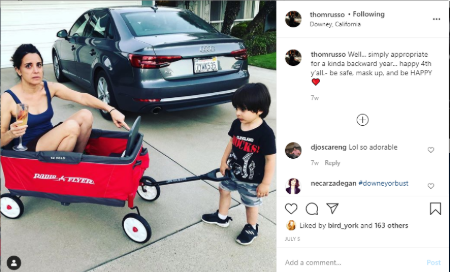 The Downey, California native worked in several movies which made a good collection at the box office collection. Her acting credits include Legally Blonde, Legally Blonde 2: Red, White, and Blonde, Meet the Fockers, Herbie: Fully Loaded, Waiting and Bad Teacher, Rango, and Coco.

The 44-year-old gave her voice of Jo Hernandez-Frumpkis in Girlfriends' Guide to Divorce and voiced Ansi Molina in Welcome to the Wayne. She provided the voice of different characters in the video games like Rango, Marvel Heroes, and Grad Theft Auto V. Ubach are fond of dogs; she has a German Shepherd ($325) and a bulldog $500-$1500.

Alanna Ubach was born as 3 October 1975 in Dowey, California under the birth sign Libra. She holds Mexican and American nationality and belongs to Puerto Rican and Mexican descent. She is a daughter of Sidna and Rodolfo Ubach. She has a sister Athena Ubach, therapist. Ubach is a tattoo lover as well; she has a tattoo of a half heart on her back.

Alanna had a keen interest in acting and dance from an early age. She made a debut on TV series Romper Room at age of seven. When it comes to academic qualification, she enrolled at the University of Southern California but dropped out of college after the first semester. Before that, she attended Lee Strasberg Institute in LA.

Alanna Ubach tied a knot with husband Thomas Russo on 3 May 2014. They have been together for more than seven-year.

Thomas Rodolfo Russo was born on July 25, 2017, in the United States as the only child of Thomas and his wife Alanna Rodolfo.