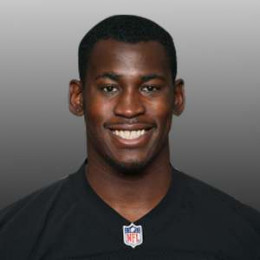 Aldon Smith is well known as a football outside linebacker for the Oakland Raiders of the National Football League (NFL). He attended Raytown High School in Raytown, Missouri. Smith played for the Raytown Bluejays high school football team.

He played for the Missouri Tigers football team while attending the University of Missouri from 2008 to 2010.Smith was named the Big 12 Defensive Freshman of the Year and a first-team freshman All-American. After the season, he announced that he would forgo his final two years of eligibility and enter the 2011 NFL Draft.

On 6th August 2015,  Smith was arrested in Santa Clara, California, for an alleged hit and run after driving under the influence, and vandalism charges. He was released by the 49ers the following day 7th August 2015, as a result.

Smith played his last game of the season on November 15th and finished the 14-30 loss with three tackles and one sack. On 6th August 2015, the NFL issued him a one-year suspension due to his hit-and-run.

Aldon Smith has been in a relationship with Nessa Diab, Hot 97 host in 2013 and divorced in 2015 MTV. The couple attends the 2015 MTV Movie Awards at the Nokia Theatre L.A.

Smith worked as a 9-game suspension for violating the NFL's substance abuse and personal conduct policies. He was reinstated in week 11. On 4th April 2016, Smith re-signed with the Raiders. On 27th October 2016, he applied for reinstatement with his one-year suspension coming to an end on 17th November 2016. As a sophomore in 2010, he played in nine games, recording 48 tackles and six sacks.In 2009, Smith won Team Defensive Lineman of the Year Award.