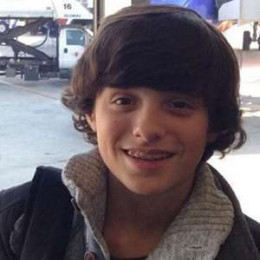 A young Youtube star, Caleb Logan, was single throughout his life. He was born to Katie Logan and Billy Loga as the eldest one of three children in the Logans family from Georgia, United States. Caleb earned his popularity through Bratayley, a popular family vlogging YouTube channel, starring three siblings, including Caleb and two sisters, Hayley and Annie, along with their daily life.

Caleb Logan had his own channel named blazenoutlaws famous for his Minecraft videos. The YouTube channel Bratayley was originally created for Hayley before being a family vlog channel. Besides, he was on the Monday spot on a channel called truthplusdare, also ran by Bratayley, on which they had to do both the truth and dare. Caleb passed away on Octo ber 1st, 2015 due to an undiagnosed heart condition called hypertrophic cardiomyopathy.