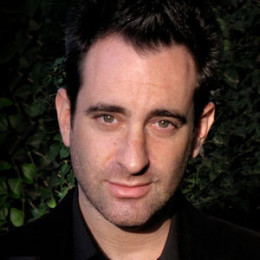 Alec Puro is an American actor and drummer for the band Deadsy, based out of California. He was the second member of the band. Alec began studying piano at age eight endowing him with the skills to which he would later return to when pursuing a career as a composer for film and television. Combining his hard-earned experience and a lifelong passion for music, Alec began composing for film and television. More recently, Alec composed the original score for Like Water, the widely anticipated documentary about legendary MMA fighter Anderson Silva.

Puro is married to actress Marla Sokoloff. Puro and Sokoloff have two daughters together. The couple began dating five years before they tied the knot of marriage. Both the couple being musician, have worked together in some of the great Albums. Both belonging to same profession respect each other equally and are the most understanding couple. So there are no any rumors about them getting divorced.

In 2004, Alec Puro began dating musician Sokoloff. They married on November 7, 2009 and have welcomed two daughters together.

She is the first daughter born to this family.

The couple were blessed with this beautiful daughter as second child to this family.