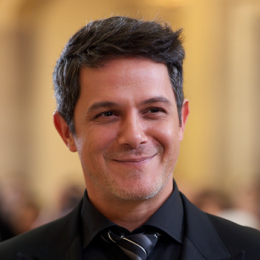 Alejandro Sanz is a songwriter, singer and musician of Spanish nationality who has won a total of fifteen Latin Grammys and three Grammys. His main style is flamenco ballads but he has also been known to experiment with rock, hip hop and salsa. He was born in Madrid, Spain to Maria and Jesus and played several instruments as a child that led to his successful career.

Sanz has been married twice. He has been divorced from his first wife and is now married to his second wife. Apart from that, he has also been linked with other celebrities. He seems to be devoted towards his wife and the couple is faring pretty well together. He has never been assumed to be a gay or a bi-sexual. He has three children.

Alejandro Sanz married Jaydy Michel on Dec, 30 1999. They have a daughter together and the couple separated on 2005.

Sanz has been married to his former assistant and girlfriend Raquel Perera. They have a son together and are doing pretty well in their lives.

Valeria Rivera and Sanz have a son named Alexander born on 2002.

Raquel Perera and Sanz's son Dylan was born on 2011.