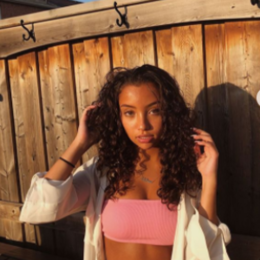 Born and raised in Canada, Alessya Farrugia is a social media phenomenon who shot to fame for her entertaining videos on TikTok. Her lip-syncs and short sketches framed with captions during modeling helped her grab a huge fan following.

Alessya Farrugia is currently dating a fellow TikTok star and comedy content creator Mariano Castano. He is two years elder than Farrugia. Mariano is best known for creating a TikTok set to Chance The rapper's Slide Around. People recognize Farrugia's boyfriend as the hottest guy on the app these days. 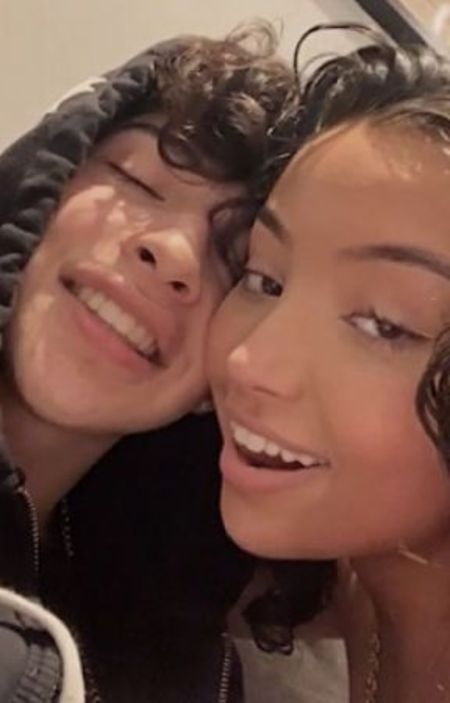 Farrugia fell in love with the arguably hot guy after she met him through social media. The lovebirds started seeing each other before they made it official in the fall of 2019.

To be precise, Mariano couldn't resist a long-distance relationship with sweetheart Alessya which might be the reason he's shifted to Vancouver, Canada. Exceptionally mysterious, Mariano is not active on social media platforms.

Alessya Farrugia started her TikTok channel with the first post in September 2019. Within a short time span, the back beauty saw her fan followers on TikTok grow more than 750,000 fans. She earned more than 196k followers on Instagram and over 12 million likes on TikTok.

The 15-year-old further gained public attention after posting a TikTok video set to the Machine Gun Kelly son "Bloody Valentine" in June 2020. Some of her most played videos on TikTok include I kidnapped you after you told people killed someone, damn I look like a whole bully, I see you at a party and ask you to come back with me, I am handling business, and so on. 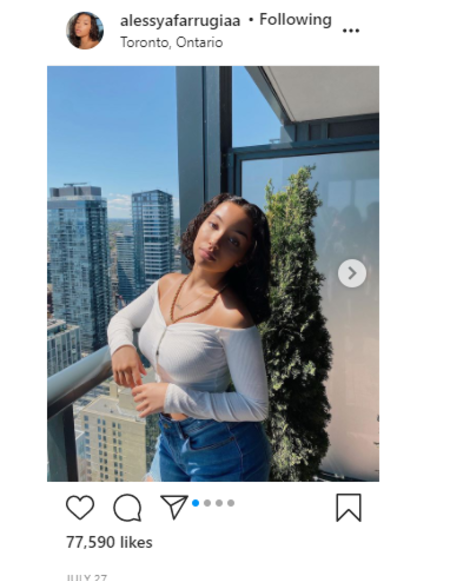 Speaking of earnings and net worth, Alessya is new to social media as well as the showbiz industry. Alessya probably receives good payroll from ads and endorsements too. She makes a huge amount as the CEO of clear skin, and in addition to that people ask for her skincare routine but she barely shares it.

Alessya Farrugia was born in Canada on November 22, 2004, which makes her currently 15 years of age. Afro-American by ethnicity, the social media star was born under sun sign Sagittarius. She stands at a height of 5 ft 2 in tall and weighs 50 kg. The TikTok star refuses to share her academic qualification and family background openly as she is vocal when it comes to sharing her personal life in front of the media.