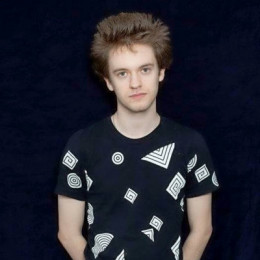 He is a popular musician, vlogger and also a writer. His single "Forever Yours" hold a Guinness World Record for highest charting single. When he was young he started You Tube channel named nerimon. In 2009, he worked in Regent Street Apple Store. He bought his first electric guitar when he was15 years old. After that, he started to upload his short music videos in his YouTube channel. He is still known as one of Britain's most popular YouTubers.

He was highly criticized after he admitted his involvement in "manipulative relationships" with some women. Talking about his personal life, he is currently single. Previously, he was in relationship with his fellow you-tubers. But the relationship didn't go well and the couple broke up. He is not married yet and has no any child. After that there has been no report of any affair of him with anyone. It seems like he is more busy in building his career.