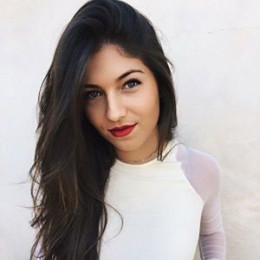 Born and raised in Los Angeles, California, Alex DeLena is an American Instagram model and often shares lifestyle related posts on her account. She also models for swimwear brands through which she has accumulated massive fan following.

DeLena started her career in April 2013 as an Instagram model. She also has featured in several YouTube videos of her boyfriend Chance Sutton.

DeLena has shared several photos related to lifestyle and swimwear brands. As of 2018, she has more than 109k followers on her Instagram. She's also active on Twitter and has more than 8k followers.

Alex DeLena's total net worth is under review but considering her Instagram posts and its followers we can expect it to be in six figures.

According to the source, an Instagrammer with followers between 50k to 200k can make thousands per post. DeLena currently has more than 109K+ followers so we can say she makes thousands per month.

As per Cavanagh, Instagrammers on an average earn the following amount per followers:

DeLena is living a lavish lifestyle as per her posts.

American Instagram star, Alex DeLena is unmarried yet, but she is in a relationship with YouTuber Chance Sutton. They first met on the sets of Team 10 and eventually fell in love with each other.

The couple often shares their pictures on their respective Instagram account, and often spotted together in public.