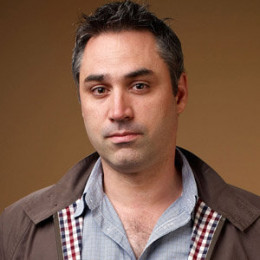 An English novelist, screenwriter, film producer and director, Alex Garland first rose to prominence in the late 90s with his novel The Beach which went on to receive universal acclaim with many critics lauding Garland as a key voice of Generation X. In 2015, Garland made his directorial debut with Ex Machina, a science fiction thriller. He is the son of psychoanalyst Caroline Medawar and political cartoonist Nicholas Garland. Garland also served as a Story Supervisor on the game DmC: Devil May Cry in 2013.

Garland is married to an actress. There are no any rumors on the internet sites related to his previous affairs, dating, girlfriend and an ex-wife. The source claims that they have been happily married and are living together happily. It's not revealed how they met and how they fell for each other but in today’s days, they share two beautiful children with each other.

Alex Garland was born in London, England. His parents are father Nicholas Garland, a political cartoonist, and mother Caroline Garland, a psychologist. He graduated from the University of Manchester with a degree in History of Art. His maternal grandfather is a British biologist and Nobel prize winner Peter Medawar.

The English novelist, screenwriter, film producer, and director, Alexander Medawar rose to fame as a novelist in the late 1990s with his novel The Beach. His subsequent screenplays of the films 28 Days Later (2002), Sunshine (2007), Never Let Me Go (2010) and Dredd (2012) led him to receive praise for his outstanding performance. 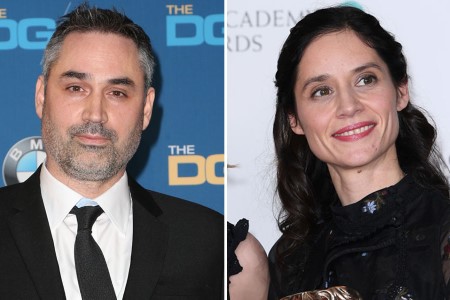 Alex and Paloma used to share an apartment in Belsize Park, an upscale section of North London back in 2004. They lived very close to Garland's father and mother. In one of the interviews, Paloma revealed Alex can be "distracted and difficult and weird to be around".

However, the screenwriter tries to keep a clear distinction between his work and home lives. Meanwhile, Garland himself claimed his productivity tends to rise during daylight hours, which sometimes can turn into an obsession as he gets fixated on writing and does not leave home for days.

In April 2018, there were confirmed reports Garland sold his newest script, a family fantasy called The Toymaker’s Secret, after an intense bidding war to TriStar. The movie is set to be directed by his spouse Paloma Baeza, who happens to be an award-winning actress and director.

The Toymaker’s Secret will be Garland's first attempt into a family-friendly material, while it's Baeza's first foray into directing live action.

Alex Garland has an estimated net worth of $5 million. The average salary of the screenwriter who sells draft to a major studio in the US is $100,000. Meanwhile, his partner Paloma's net worth is estimated to be $15 million.

The couple tied the knot a few years ago. They are now living together happily. The couple share two children together.

She is the first daughter to get birth to this family.

She is the second child and first son to get birth to this family.