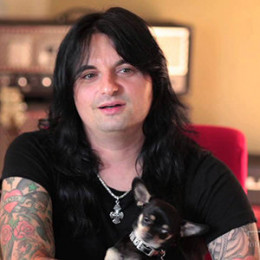 Mainly known as a guitarist of the heavy metal band "Quiet Riot", Alex Grossi was born and raised in Connecticut. He later left Connecticut for Boston after completing his high school in 1996. After moving to Boston, Alex signed up his first recording with the band "Angry Salad" in 1999. He worked in the band until 2001 and toured along with other band members. Later, he got into the band "Quiet Riot" in 2004 after being picked by Kevin DuBrow.

Along with Quiet Riot, Alex Grossi  also toured with other legendary musicians such as Steven Adler and Dizzy Reed of the famous band Guns N' Roses. Alex stayed in the band Quiet Riot until the death of Kevin DuBrow and left the band in 2008 after Kevin died in 2007.

Grossi performed Hotel Diablo in 2011 and announced that he was working on a project to establish his own hard rock band, "Hotel Diablo." There is no information about his relationships!