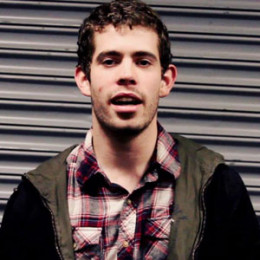 Alex Shelnutt is the member of metalcore-pop band A Day To Remember. The band was founded in 2003 by guitarist Tom Denny and drummer Bobby Scruggs from Ocala. The band currently consists of vocalists Jeremy Mc Kinnon, rhythm guitarist Neil Westfall, bassist Joshua Woodard, drummer Alex Shelnutt and lead guitarist Kevin Skaff. He is regarded as the band’s powerful backbone.

Later, they released two more albums, Homesick( Feb 2009) and What Separates Me from You in the year 2010.

His band was nominated for "Best International Newcomer" at the 2008 Kerrang Awards. They were also chosen to headline this year’s APMA. Their band is the perfect for it, having its career during pop’s peak period. Also, A Day To Remember was featured on the cover of Alternative Press  Music Awards many times.

The 24 years Alex is currently in a romantic relationship. His girlfriend's name is Lyndy Speidel. The pair started dating since 2016.