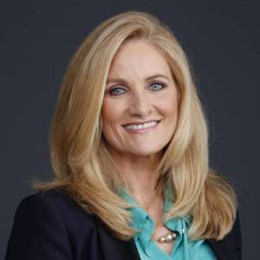 Alex Witt is an American news anchor and journalist, who currently works for MSNBC and anchors the news program 'Weekends with Alex Witt'. She joined MSNBC in 1999. Born in California, she is the daughter of Charles B. Witt, a medical doctor. Alex graduated from Marlborough School and the University of Southern California, from where she majored in international relations and journalism.

Alex Witt initially worked as a field producer for Today Show. She debuted on-air appearance at KCBA. After her departure from KCBA, she worked as a reporter for various networks including KABC-TV, KNBC-TV, KCBS-TV and WNYW-TV. She is a supporter of gender equality and gun control. Alex is married to a TV producer and has been getting on well with a partner who is also working in a creative field.

Witt's husband Sorensen is a television producer. According to our source, they are still together. Information about their children is not revealed by any media or by themselves.