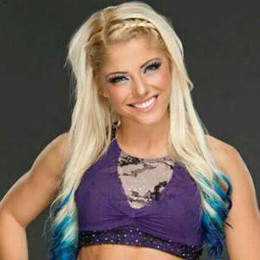 Alexa Bliss is an American bodybuilder and professional wrestler. She was in the cheerleading squad while at the college and had reached Division I status. Since the age of five, she has been involved in sports. Alexa started her first televised appearance, congratulating the inaugural “NXT Women’s Champion, Paige”. Then she began her televised in-ring debut on the episode of “NXT”.

Alexa Bliss is dating Matthew Adams since 2015. He is known on-screen as "Murphy". They do not have any children yet and there are no signs of their disputes or separation.

Alexa Bliss holds an estimated net worth of $2 million.

Alexa Bliss was born on August 9, 1991 in Columbus, Ohio, United States. She graduated from the University of Akron.

Alexa Bliss was trained by Sara Del Rey WWE Performance Center. She also spent her time in competitive bodybuilding and has competed in the “Arnold Classic”. Alexa was previously rumored to be a Ring Rat.