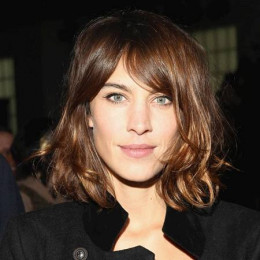 A beautiful and talented British television presenter, model. Beside that she is also contributing editor at British Vogue. She is daughter to Gillian, who is a housewife, and Philip Chung, who professionally is a graphic designer. She attended Perins School. From her small age she had keen interest in modelling so, in order to pursue her career after completing high school she began modelling. She was first spotted out and about by a modelling agency named London-based Storm Model Management. She was face of Australian fashion label Antipodium's SS 2008 collection in 2008 which is one of her great achievement.

Since she is beautiful and smoking hot it's obvious many guys has fallen in love with her. She has dated more than half a dozen of celebrities. But her love life is full of ups and downs. She dated a fashion photographer, singers and other celebrities but the relationship did not last long ending up in split. Currently, there is a rumor that she is dating a Swedish actor. But they haven't disclosed the news officially.