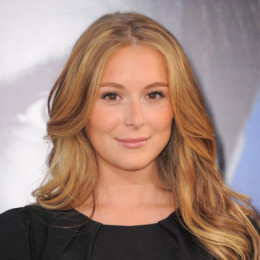 Alexa Ellesse PenaVega is an American actress and singer best known for her role in the Spy Kids film series, Repo!, The Genetic Opera. Her father is a Colombian and mother, Gina Rue, is a former American model. By the age of 15, she was placed #4 in the hottest female teen stars in February 2004. She is an experienced gymnast, enjoys freshwater fishing and can speak fluent Spanish.

Talking about her personal life, she is now a married woman. Considering her current marital relationship, she has been married twice. Yet she hasn't been mother of any child. She was first married to a film producer among various popular faces but within couples of years of marriage, they announced their divorce. Now she is married to an actor, who is also a singer and spending a happy married life.

He is an American film producer. The couple married at Covel's hometown of Lead, South Dakota.

He is an American actor and singer, a member of the band Big Time Rush. The couple married in Puerto Vallarta, Mexico and changed their surname to PenaVega.