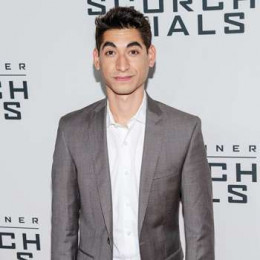 Alexander Flores is a well-known actor of American nationality, known best for the portrayal of Winston in the series The Maze Runner and Maze Runner: The Scorch Trials. He was born in New York, USA and has also appeared in television series like Rescue Me, The Sopranos, Orange is the New Black as well as Nurse Jackie. His other film roles include acting in The Greatest and Delivery Man.

Alexander is a popular actor, yet, his personal life and all its details have not been extracted by his fans. His dating history comes out empty and he is not married. He is without children and has never been associated with anyone from the dating fraternity. It seems that he is focusing more on enhancing his career and seems to be doing a good job in doing so.