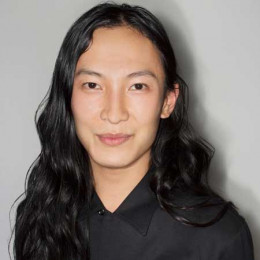 Alexander Wang, a famous American designer, is former creative director of Balenciaga which is one of the French luxury fashion house founded by Christobal Balenciaga. He is also a creative director of the eponymous label which he launched at 2005. For his creative artwork in fashion designing, he was awarded the Vogue/CDFA Fashion Fund Award with a sum of $200,000 in the year 2008.

Born on 26th December 1983, San Francisco, California, U.S., Alexander Wang was born to Taiwanese-American parents. From his early days, he was interested in designing and arts.

He studied elementary and middle school at the Harker School. Moving to London, he took summer courses of Fashion designing at Central Saint Martin’s School. He presented his first designs at his brother’s wedding in 1999 at the age of 15.

Later in 2002, he enrolled at Parsons School of Design in New York City. During the course, he worked for Marc Jacobs, Derek Lam, Teen Vogue and Vogue US. He also met some of the fashion’s world most influential personalities there.

He dropped out the Parsons School of Design in the year 2004 and started working on his own label. His brother helped him as the chief financial advisor where his sister-in-law held the position of chief principal officer. He utilized family connections to source products from China.

Wang debuted his first runway collection for the Autumn/Winter 2007 at New York Fashion Week. His first collection was sold over 700 stores worldwide, consisting of over 16 stores in 7 countries.

Moreover, he now produces both the menswear and womenswear. His collection also includes footwear and accessories.

The following year Wang won the Swarovski Womenswear Designer of the year and the Swiss Textile Award. In 2011, he joined menswear named GQ. The same year, he was awarded CFDA Award for Best Accessory Designer.

In 2012, he was appointed as the creative director of Balenciaga, a French Luxurious fashion house. He also worked for H&M, a collection for Swedish-based fashion retailer on 13th April 2014.

Wang has designed clothes for many celebrities and often seen hanging out with them in many events. He has been seen with Joan Smalls, Bella Hadid, Zoe Kravitz and many others. But none of them is his girlfriend.

The hardworking Wang currently seems to be single. His priority right now is his profession. It looks like he is not ready for a committed relationship.

Alexander has successfully collected an estimated net worth of $70 million. His source of income includes endorsing brand like Alexander Wang, Balenciaga, and H&M fashion wear.