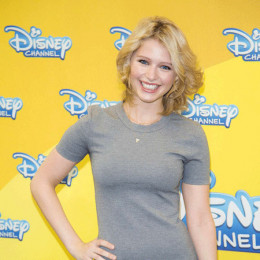 She is a TV actress and a accomplished dancer, best known for her roles in major motion picture 300 and The Next Step. She is the daughter of John, a established business-man and Kate, a journalist and radio host. Her parents are the one who encouraged her towards dancing and acting. She has Italian, German. Irish, English and a quarter of Finnish descent. Currently she is attending a University.

Accounting her personal life, there is no record of her affairs till the date, as has stated herself of being single. Being so pretty and young, she hasn't been spotted with guys who can be assumed as her boyfriend. Mostly, she spends her precious time with her beloved parents and her sister Sophie. Till now there is no any controversial issues related to her personal and professional life.