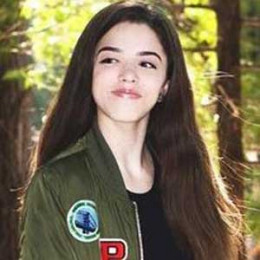 A Canadian dancer plus actress, Alexandra Chaves is the actor of the series, The Next Step with the role of Piper. The beautiful Chaves is also a choreographer and posted several dancing videos in YouTube to teach the audiences. She was also a cast of the film, BeingGirl which was her first debut film. Chaves is very passionate about dancing and started at the very early age and participated in many competitions.

Alexandra was born 9th May 2001 in Ontario, Canada. She was raised by her parents along with her younger sister. Alexandra belongs to white ethnicity. From the very early age of 10, she started dancing and began to compete in the competitions.

Alexandra Chaves debuted from BeingGirl. She shifted her career from dancing to acting because of her bad health condition. But in 2016, she appeared as a competitive dancer for Dimensions in Dance with the role of Piper in season 4 of the Next Step, a Canadian series.

She compared the role of Piper with her personality as both shared an interest in social justice. She worked with Trevor Tordjman, Brittany Raymond, Victoria Baldesarra, Besides these she also uploaded various dancing videos on Youtube.

Chaves is currently single, and no such news about her dating and relationship has surfaced yet.

During her teens, she suffered from a cardiac arrhythmia. Due to the disease, she was strictly prohibited to dance, but after the recovery, she again began dancing.

Alexandra might earn much from the series as well as from the dancing too. She is often seen traveling to various places along with her close friends. Well, she must have a huge net worth.