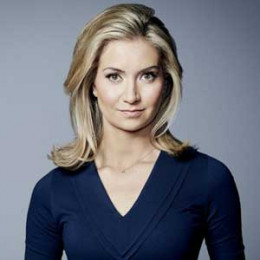 Bold and beautiful, Alexandra Field is well known as an international correspondent for CNN based in New York City. She reports extensively and covers global breaking news.

Her mother, Nikki Fields is a senior global estate advisor also worked as an associate broker at Sotheby’s International Realty.

Field earned a Master's Degree in Broadcast and Digital Journalism from the S.I. Newhouse School of Public Communications at Syracuse University, and a Bachelor's Degree in History and French from Hamilton College.

Before joining CNN, Alexandra Field worked for CNN affiliate WHDH in Boston, MA, WRGB in Albany, NY and WWNY in Watertown, NY. She covered the negotiations of the sale of the Los Angeles Clippers and the challenges surrounding the search for missing Malaysia Airlines Flight 370.

Fields joined the WWNY TV 7 on 2007, she served in the New York-based station where she first worked as a general assignment reporter.Because of her outstanding performance in the station, she was promoted to an anchor for the 10 p.m. show as well as the 11 p.m. show.

Alexandra'st work won her the Associated Press Award and a Syracuse Press Club Award. Fields is currently a correspondent for CNN based in New York City.

Field is married to Dr. Jonathan Jordan who is a cardiologist. The are happily married and are parents to two children, both daughters, Elizabeth Jordan and Katherine Jordan.

Alexandra has done a very good job in maintaining her personal and professional life. She is a good wife and also a loving mother. Till now no rumors about their divorce has emerged.

An experienced journalist Alexandra is one of the best in the field. Over the years she has served in many reputed networks and must have earned a decent amount. She is considered to have a net worth no less than six digits.

She is a first daughter of this couple.

She is beautiful daughter of this couple.