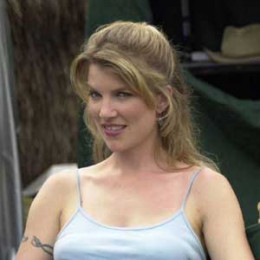 Alexandra Huntingdon Tydings is an award-winning American actress. The talented lady is not only an actress but also a writer, producer, director and an activist too. She is best known for her works in the television series like- Hercules: The Legendary Journeys and Xena: Warriors Princess. She is fluent in speaking English, Spanish and French as well. Alexandra is a married woman with two children.

Alexander was born on 15th December 1972 in Washington D.C. She was born to father, Joseph Tydings, a former Maryland senator and mother, Terry Huntingdon, former Miss US. Her grandfather, Millard Tydings was a former Democratic US senator. She grew up along with her four sisters and a brother.

Alexandra did her schooling from Sidwell Friends School and graduated from Brown University with a degree in film and critical theory. Right from her childhood she competed in Irish dancing and performed with The Royal Ballet of London at the Kennedy Centre. She enjoyed research and collaboration process in acting rather than auditioning.  Besides acting, Alexandra was also engaged in singing as well and was a bassist of band Annabelle Kickbox.

After graduation, she started her career in Hollywood industry. She firstly featured in Angst and Alice (an independent film). Later on, Alexander played the lead role in The Sunchaser opposite to Woody Harrelson in the direction of an Oscar winner, Michael Cimino. Alexandra also worked in various theater acts, television, films and worked six years in a series, Xena: Warrior Princess.

Alexandra was previously married to Adam Tomie, a producer and director and after some years they divorced.

Then Tydings tied the knot with Ben Luzzatto and had two children- Ruby Luzzatto and Emerson Luzzatto. Ben is an interdisciplinary artist living in Baltimore, Maryland. The couple dated for a long time before settling down. They are living a prosperous life. They are no rumors about her extramarital affairs and divorce.

The net worth of Alexandra Tydings has not been revealed to the public. But it might be in 6 digits. The family seems to have a high profile life.

Alexandra Tydings was married to a producer, Adam Tomie and also got divorced after some months.

Ben Luzzatto is the current husband of Alexandra. The couple has two children- Ruby and Emerson.

Ruby Luzzatto is the first daughter of Alexandra and Ben. She was born on 17th June 2004.

Emerson Luzzatto is the second child of Alexandra and Ben. He was born on 4th June 2006.