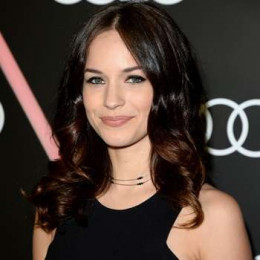 Alexis Knapp is an American actress. Before entering in acting career she was a model. She started her acting career by doing small roles in films like Couples Retreat, Percy Jackson and The Olympics: The Lightning Thief. She is known for her role in films named Pitch Perfect 1, Pitch Prefect 2 etc. There is no any information about her father and mother. There is also no any information about her early life too.

She has not married yet. But she is a single mother. She has given birth to her first child at the age of 22. Her first child is a daughter. The father of her child is her ex-boyfriend. The couple had dated only for few months. After having affair with her boyfriend she came into public attention during a high profile relationship with her boyfriend. Before that she had also dated an American actor. There is not much information about her relationship with him.

She is a single mother. She has one child and she is a daughter. She has her daughter from her ex boyfriend. She gave birth to her first child at the age of 22.