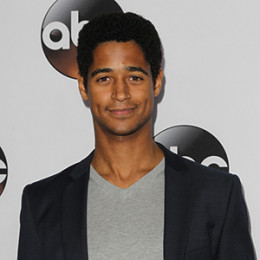 Alfred Enoch, born as Alfred Lewis Enoch, is widely known for his appearance in the movie series 'Harry Potter'. He is also known for his remarkable performance in the ABC television drama series 'How to Get Away with Murder'. Alfred is of English nationality and was born to parents, William Russell Enoch, a renowned English actor, and Balbina Gutierrez. He was inspired for acting career by his father. Alfred was noticed after he played the role of Dean Thomas in the popular movie 'Harry Potter and the Philosopher's Stone'.

Alfred Enoch is known for his works in television as well besides the Harry Potter series. He got appreciated for his works in National Theatre Live, Broadchurch, Sherlock, Mount Pleasant, and How to Get Away with Murder. Alfred got nominated for NAACP Image Award for Outstanding Supporting Actor in a Drama Series in 2015 and 2016. There is not any information till now about his personal life regarding the relationships.