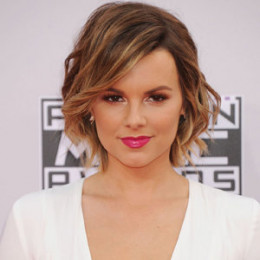 An American television personality, spokesperson, correspondent, host and blogger who is better known for competing in ABC reality shows The Bachelorette 10th season. She is daughter to Beth Johnson. She holds degree in Bachelor of Arts from Clark University in Worcester. Her career in television begun after she was hired as a cast member on ABC's reality show "The Bachelor series". After she left the show she moved to California and joined the local Fox news station as news correspondent. She is also host of weekly lifestyle television show 1st Look. She was in judging panel of Miss USA 2012.

Talking about her personal life, she got engaged to her boyfriend who was also contestant of show The Bachelorette. Later they canceled their engagement and broke up. After breakup she began dating her new boyfriend who is a broadcasting and small screen host. Recently the couple announced their engagement in September 2015. Both of them are awesome couple and are maintaining smooth relationship.