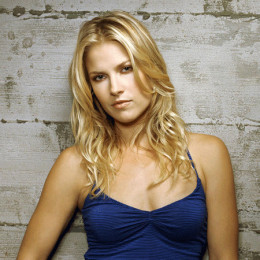 American actress, Ali Larter is known for playing roles of Niki Sanders and Tracy Strauss on the hit TV show Heroes. Moreover, her other films like Final Destination series, Varsity Blues were thoroughly popular among audiences.

Ali Larter is a married woman. She tied the knot to her boyfriend turned husband, Hayes MacArthur in 2009. The couple shares two children.

Ali Larter holds an estimated net worth of $8 million.

Ali Larter was born on Alison Elizabeth Larter on February 28, 1976. She is a daughter to Margaret and Danforth Larter.

Larter completed her graduation from Cherry Hill High School West and started her career in modeling.

When Larter was just 14 years old she signed for Ford modeling agency. She appeared on the big screen in 1997 by starring in several television programs like Suddenly Susan and Chicago Sons. Varsity Blues was the first movie she starred and it turned out to be a commercial success.

The actress has also acted in teen comedies like Giving It Up and Drive Me Crazy. She gained more fame after she starred in horror movies House on Haunted Hill (1999) and Final Destination (2000).

Professionally he is an American stand-up comedian, actor and writer. In 2006 they first met each other on the set of National Lampoon's Homo Erectus. They are happily married and have two children.

He is the eldest child of the family. He is very cute boy.

She is very gorgeous. Couple has given birth to really beautiful and healthy child.