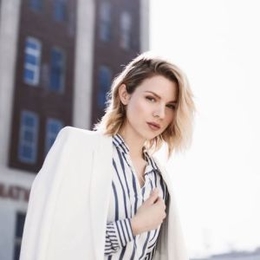 Canadian actress, model, and producer Ali Liebert has been entertaining people around the world through her performances in both movies and television series. She is famous for her roles in Bomb Girls, Harper's Island, A Gift to Remember, etc. Behind the camera, she worked in Afterparty, A Heart Unbroken, Salvator, and This Feels Nice.

Ali Liebert Is A Queer; Know More About Her Sexuality!

The Canadian actress is openly lesbian, which might raise the eyebrows of quite a few of her fans. She identifies herself as a queer.

It is true Ali has had always been a LGBT supporter and their rights, and when her series "Bomb Girls" first aired on television in 2012, Ali Liebert identified herself as straight and in deep love with her then-boyfriend.

However, after the conclusion of the show, she opened about her sexuality and came out as a queer. In a 2017 interview, Ali said due to the fact she played LGBT characters on-screen for many years; she realized she somehow connected with all of it deep inside her heart. 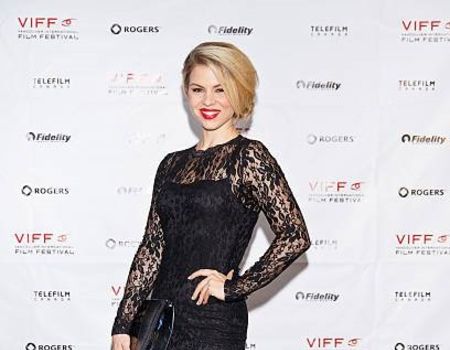 Speaking about that matter, she said:

"I had been gay-for-pay for many years playing many many queer roles, and I just never really got it. I was like, wow, I really connect to these characters in such a deep way. And then Bomb Girls really was the final thing. And after I had finished that show and had a moment to breathe, I was like, oh my God, this is a real thing.

Liebert described it was quite a scary feeling when she realized what she is, but after contemplating the matter, she finally decided to come out on social media.

"I was, you know, 30-something. It had been years coming, and when I did decide to come out on Instagram, it was a very…it was something I really wanted to do, and it felt really natural. Because I think that there is a responsibility when you are somewhat of a public person to not be ashamed.

After opening up about her sexuality, the lady stated she felt happy, and things started to get better ever since. The veteran actress also exclaimed that she is thankful for the opportunity of playing various LGBT characters in her career. She revealed that she told the producers of "Bomb Girls" if they had not cast her, she did not know where she would be and joking said that she might have been sadly dating guys. Well, good thing she found her true self! 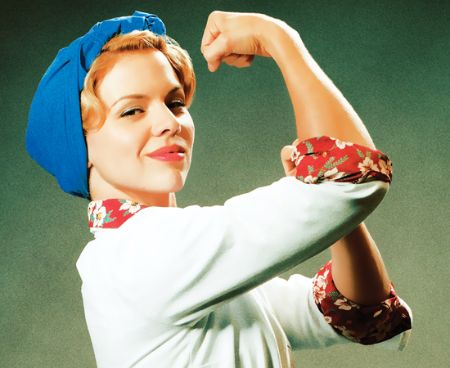 On April 26, 2019, on the occasion for the Lesbian Visibility Day, she dedicated a post on Twitter where she wrote:

"I've played lots of lesbians on the tv but playing Betty McRae helped me come out a queer person. Also, big love to our lesbian fam out there. Hope ur feeling seen, heard, and loved today!" (And every day) #RepresentationMatters #LesbianDayOfVisibility

Now she says she tries to play as many queer characters as possible. She also says she is fighting for the equal representation of LGBTQ people on T.V.

Is She In A Romantic Relationship Right Now?

As you already know, she is openly gay; you might want to know more on her relaitonship status. The lady is possibly single at the time being. There has been no news or rumors of her dating anyone in the media.

Previously, she was in romantic chemistry with the American production designer, film photographer, and actor Charlie Hannah. Her former partner Charlie is a transgender known for his on-screen works "Luk'Luk'I" (2017), "The Body Remembers When the World Broke Open" (2019), and "Jordan Klassen: Virtuous Circle" (2019). 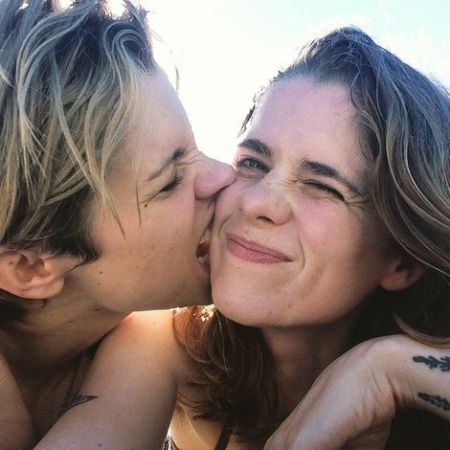 The couple were incredibly close and shared an excellent bond and used to spend most of their free time together. Moreover, they were not shy of showing their love and romance to the public and often shared pictures on their respective Instagram.

Everything was perfect, and looking at their relationship, it seemed evident Ali and Charlie were meant for one another, but unfortunately, after some time, they stopped posting pictures together on their social media. Later, it was learned that they had parted ways. To this day, the "A Storybook Christmas" actress has not spoken why she split with her ex-lover.

Currently, Charlie is in lovey-dovey with Bobby (Instagram name bobby.walkup).

How Much Net Worth Does Ali Liebert Possess?

The veteran entertainer has a net worth of $2 million from her career as a television and movie actress.

Among the list of her movies and television credits, Liebert is most famous for the role of tomboyish character Betty McRae in the Canadian drama "Bomb Girls." In the Canadian television series, she starred alongside Meg Tilly, Jodi Balfour, and Charlotte Hegele.