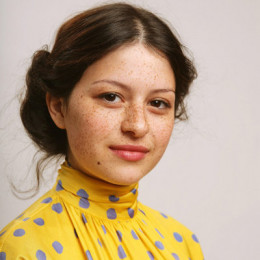 Alia Shawkat is an American actress known best for her performance in the Fox television series Arrested Development as Maeby Fünke aired from 2003 -2006.

Alia Shawkat was born Alia Martine Shawkat on April 18, 1989, in  Riverside, California to Dina (née Burke) and Tony Shawkat, a strip club owner. Shawkat was raised in Palm Springs along with her two brothers.

Shawkat is American and concerning her ethnicity, she is Arab Iraqi from her father side and Norwegian, Irish, and Italian descent from her mother side.

The actress has two brothers and had attended a private school in Rancho Mirage, studying English, Physics, Math, Geography, and Drama. She loves to paint and has participated in gallery shows in Mexico City, Los Angeles, and Paris.

Alia Shawkat made her acting debut in 1999. But she rose to fame after appearing in the TV series, Arrested Development. She was part of the show till its final season.

Alia Shawkat has an accumulated net worth of $4million.

Alia Shawkat is single as of now. In May 2017, she was rumored to be gay. Later, she identified herself as a bisexual. She told,

''I was a tomboy growing up, and I remember my mom asking me when I was 10, 'Are you attracted to boys or girls?' I said,'I don't know. Now, I consider myself bisexual, and I think balancing my male and female energies has been a big part of me growing as an actor.''

The star is fond of tattoos and has several tattoos in her body.