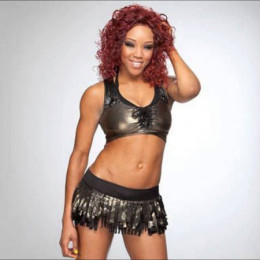 Victoria Elizabeth Crawford professionally known by her stage name "Alicia Fox" is a model, actress and wrestler currently signed to WWE. She has been associated with WWE since 2006, debuting in Ohio Valley Wrestling (OVW), a WWE developmental territory. She appeared on the reality TV series Total Divas on the E! network as part of the main cast, in 2014. She made her acting debut guest starring in Syfy series Dominion.

Moving on to her personal life, till now she hasn't married anyone yet and also does not have any kids. But few years back she was in a relationship with a fellow wrestler, who on-screen is known as Wade Barrett and King Barrett. After her break up, there is no any record of her affairs till date. To check out her images and videos we can follow her on Instagram @https://instagram.com/thefoxxyone/.