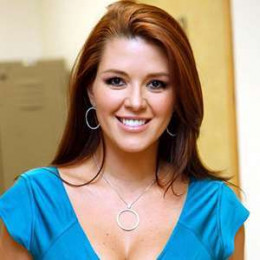 Miss Venezuela 1995 and Miss Universe 1996, Alicia Machado is the fourth woman from Venezuela to be named Miss Universe. She is the daughter of Martha Fajardo and Arturo Machado, a toy store owner.

Machado attended college for a year and left to pursue modeling and began appearing in commercials. In 2001, she had a small role on the international soap opera named 'Secreto de Amor.'

On 18th November 2012, Machado won the 3rd place in the 3rd season of Univision's dance competition called 'Mira Quien Baila'. In February 2014, she joined Univision's beauty pageant Nuestra Belleza Latina 2014 as a mentor where she coach the participants on how to succeed in the modeling and television industry.

Alicia Machado is in a romantic relationship with Rafael Hernandez Linares, a Mexican business professional. The couple has a daughter named Dinorah Valentina Hernandez, born on 25th June 2008. During the 2016 U.S. presidential campaign, Machado criticized the prior behavior of Donald Trump.

Alicia Machado and her long-term boyfriend, Rafael Hernandez Linares, a Mexican business professional have one daughter.

The couple has a daughter named Dinorah Valentina Hernandez, born on 25th June 2008.