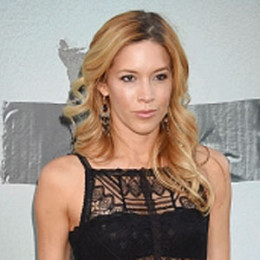 A Stunt performer, Alicia Vela-Bailey is a daughter of Carlos Armando Vela and Cecelia Vela-Bailey. Her mother was a ballerina and an artist from North Carolina and her father, Armando was a top magician from El Salvador. 'Ultraviolet' is her first movie experience moreover, she has first time doing stunts and martial arts in this movie.

Alicia Vela-Bailey was born on 8 July 1982 in Alameda County, California.

Her mother, Cecelia was a ballerina and an artist. Her father Carlos Armando was a famous magician from El Salvador.

She has two sisters named Nicole Vela-Bailey and Marissa Vela-Bailey.

Vela-Bailey landed the role of Inhuman Alisha Whitley on ABC's hit show "Marvel's Agents of Shield." She spent three years working on the groundbreaking film as 'Zoe Saldana's stunt' double for the character of 'Neytiri'.

Bailey has a huge net worth and salary but details about her fortune is still under review.

The couple is living a blessed life together. There's no rumor of divorce.

Bailey frequently posts images with her husband on Instagram.

Happy Birthday my [email protected] You are my P.I.C. and man of my dreams! I love growing young with you! Can’t wait to see what this next year brings. Love you with all my heart!!!  #love #birthday

She celebrated the birthday of her husband and shared an image of her wedding on 11 November 2018.