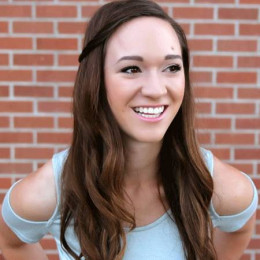 The social media personality Alisha Marie is among the popular YouTubers we have today. She began her channel on April 18, 2008, and it wasn't until January 17, 2011, that she started posting videos on her channel. Her first ever video was of Cute & Affordable Ways to Decorate Your Room which received positive reviews and people started recognizing her. Marie has a secondary channel as well named Alisha Marie Vlogs where she posts her vlogs. She has also acted in movies like "Bizaardvark", "Alyson Stoner: The Boy is Mine" and "Guidance".

Alisha Marie was born Alisha Marie McDonal on April 5, 1993, in Riverside, California. She grew up with her older sister Ashley, who is also a YouTuber and has appeared in a sister tag video on Marie's channel. 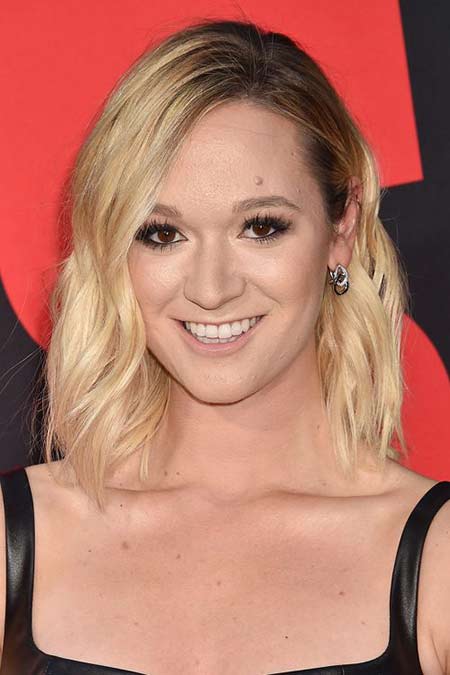 Her educational background is not mentioned but she is said to have been a part of her school's jazz band.

Alisha Marie is a YouTuber who began her YouTube channel on April 18, 2008. But it wasn't until January 17, 2011, that she started posting videos on her channel and her first ever video was of Cute & Affordable Ways to Decorate Your Room. Marie has two channels one is her self-titled channel which is her main channel where she frequently posts videos about makeup tutorials, shopping hauls, daily routine videos and so on.

While her another channel called Alisha Marie Vlogs is where she posts vlogs and she started it in 2012. She has around 7.8 million subscribers on her main channel and 2.9 million on her vlogs channel. All of her videos have good content and among them, the most popular one is the video titled Funny Pranks!! Roommate Wars!! which has 34 million views. 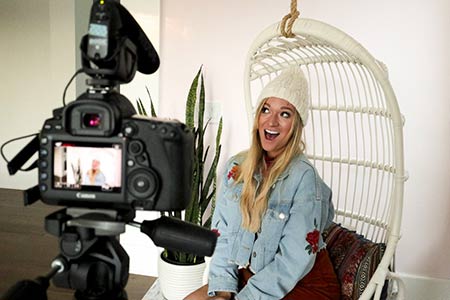 She is also known to be a fashion and beauty guru. Her growing popularity on YouTube led her to act in movies like Bizaardvark, Alyson Stoner: The Boy is Mine and Guidance.

The social media personality Alisha Marie's net worth is not estimated but some sources claim it to be more than $250,000. Her major source of earning is from her YouTube career. She has also been cast in some movies from which she earned some income. In her videos, she gets 750k view every day which generates average earnings of $410k annually and $1400 daily.

Alisha Marie is possibly single at the moment since she is not rumored to be in a relationship with anyone. But previously there is news that she had dated a person named Andrew for 4 years. They began dating in June 2008 and she introduced him in a boyfriend tag video. The couple were very much in love and posted many pictures of them together on their social media sites.

give me coffee and i’ll conquer the world ps..what’s your coffee order? also, did you see yesterday’s new video? link in my bio!

Alisha Marie had taken two months break from her YouTube channels and her other social sites in the early months of 2018. Like other YouTubers, she also suffered from YouTuber burnout which led her into the pressure of excelling and keeping up. One day she realized her creativity is lacking and couldn't make good content which was heartbreaking so she decided to take a break.

She talked about taking a break and all her fans supported her which was heartwarming. As of September 2018, she is back on YouTube and has promised to deliver the best content.

She has around 3.8 million followers on her Instagram and 5.21 million on Twitter. Marie is usually seen doing vlogs with her friend and fellow YouTuber Eva Gutowski.