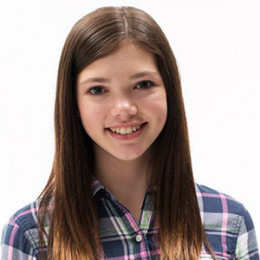 Alisha Newton is an actress. She was inspired by her mother, at age of four, she began to appearing in several commercial ads. Alisha has also worked in Supernatural, The Tree That Saved Christmas, Jakeand Jasper: A Ferret Tale. When she was auditioning for the film and television many of the directors also stated that she has a true passion for acting that can make her gain the top position in the film industry.

She is well respected for her natural delivery and for her unbelievable and dynamic emotional performances as a small child. Newton has played the series regular role of Georgina on the CBC drama series Heartland. She portrays a fiery, tough, smart-mouthed troublemaker. She has not disclosed any information about her personal life so, it seems she is focusing her career than anything else.