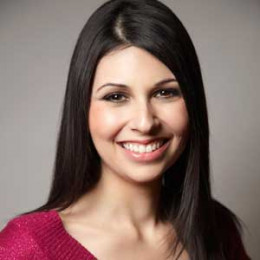 Alison is a famous American podcaster, actress, news writer and TV personality. She is the newsgirl for The Adam Carolla Show which is listed in the Guinness World record as the world’s most downloaded podcast.

Born on 11th May 1975, Alison Rosen spent childhood in the city of Orange Country, California, United States. She completed her degree from Pomona College.

During school days, she actively participated in different cultural shows and was part of a band as well. Later she moved move to Los Angeles along with her family.

Alison is a famous actress who started her career as a freelancer writer. She used to write articles for various magazines including Rolling Stone, Peoples and Village Voice. During 1999-2002, she also worked for OC Weekly.

In 2005, Rosen moved to New York City where she served Time Out New York for three years as a writer and editor. After collecting experience in different fields, she appeared as a television personality and guest for several programs on CNN and Fox News.

Later in the year 2011, Alison replaced Teresa Strasser in The Adam Carolla Show listed in the Guinness World Records as the world’s most-download podcast. The following year, she launched her own podcast Alison Rosen is Your Best Friend where she takes a one-on-one interview with famous celebrities, comedians, podcasters and political commentators. Her each podcast reached over a million downloads and was ranked 25th on the iTunes comedy podcast chart and 121 on the iTunes podcast chart.

Moreover, she has appeared in some movies including Road Hard, Prey for Rock & Roll and Biography. She was last seen on Ken Reid’s TV Guidance Counselor Podcast.

Alison is a married woman. Though she never revealed her personal life as per her website, it was announced that she married Daniel Quantz, an author, in March 2014.

Moreover, she was pregnant and gave birth to a baby boy, Elliot in February 2017.

After receiving huge popularity from mass media, Alison has successfully collected an estimated net worth of $4 million. She also owns a lavish apartment in Los Angele, California, United States.

Alison Rosen married Daniel Quantz in the mid-2014. She also tweeted that she is blessed with a newly born baby, Elliot in February 2017.

Alison Rosen gave birth to her first child in February 2017.They named the baby, Elliot.