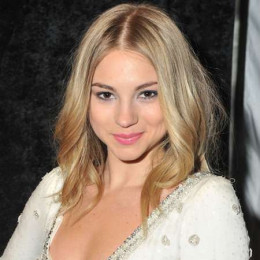 Alyssa Jean Gonino, commonly known as "Allie Gonino" is an actress, singer and songwriter. She came to prominence with her portrayal as Laurel Mercer on The Lying Game and as Michelle 10 Things I Hate About You. Currently, she is in the band The Good Mad, who were featured in The Lying Game. She is the daughter of Dr. John and Linda Gonino, who own and operate the Gonino Center for Healing in Heath, Texas.

When it comes to her relationship status, she has always stayed low profile. Till now she hasn't shared any information about her partner as she is very reluctant in this matter and has managed to keep it safe from the public. As she is so charming and popular, she probably might have dated a long list of men in her past days. She is often romantically linked with Randy Wayne.