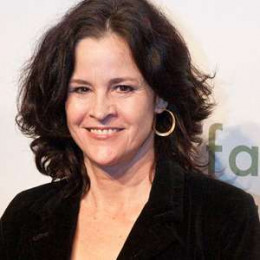 Ally Sheedy, an American film and stage actress, is currently single. She was previously married to David Lansbury, an American actor. She was born to father John J. Sheedy, Jr., a Manhattan advertising executive and mother Charlotte, a writer and press agent. Ally completed her schooling from Columbia Grammar and Preparatory School. She went to American Ballet Theatre at the age of six and started dancing.

Ally Sheedy is also an author; she wrote "She Was Nice to Mice" at the age of 12 which became a best seller. She appeared on the game show "To Tell the Truth" in 1975 as a young writer. Ally was married to actor David Lansbury since 1992. The couple has a daughter as well. They got divorced in 2009 due to some misunderstanding. She has not revealed anything about her current relationships.

David Lansbury is an American actor and producer. There have a daughter together. They divorced in 2009.

Rebecca is the only child born to Ally on 15 March 1994. There is not much information about her except a few pictures.