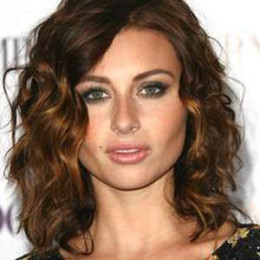 Aly Michalka is a singer, songwriter, guitarist, model as well as an actress. She was born to father Mark and mother Carrie. Her father owned a contracting company and her mother is a musician. Aly began her acting career at the age of five from stage productions in churches. She is a multi-talented personality who plays guitar, piano and also writes music and sings with her sister.

Aly Michalka won a contest for a Christmas card in 1999 when she was in the four grade. She has featured in musicals such as “Jailhouse Rock” and “A Time to Remember”. Alyson gained fame after playing the role of Keely Teslow in the Disney channel series "Phil of the Future". She is also a member of the Musical Aly and Aj. Aly is married to Stephen Ringer.

Michalka began dating independent film producer, whom she met on the set of her film Sequoia. They married after dating for a brief period.