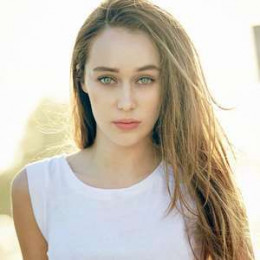 Alycia Debnam-Carey is an Australian actress, who is widely known for her role as Commander Lexa in The CW series “The 100”. She has been accompanied by her mother, Leone Carey, a television writer. Carey graduated from Newtown High School of the Performing Arts in 2011. Alycia Debnam-Carey began her acting career at the age of eight, when she played a leading role in a short feature called Martha's New Coat.

Alycia Debnam-Carey is not yet married and has managed to stay away from the limelight when it comes to her personal life, despite social attenton. Her relationship status is still a mystery, whether the actress is involved romantically with anyone. Very few or none details are made open regarding her personal life (i.e. boyfriend, dating affair) except the information regarding her acting career.