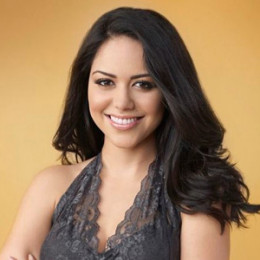 Alyssa Diaz is an American actress known for her role in TV series The Nine Lives of Chole King. She also featured in popular series such as Zoo, The Vampire Diaries, Ben 10: Alien Swarm and many others.

Alyssa Diaz was born Alyssa Elaine Diaz on 7 September 7, 1985, in Northridge neighborhood of Los Angeles, California. She grew up along with her brother Michael. She is of Colombian and Mexican descent.

In 2001 Alyssa made debut with the series The Brothers Garcia. In 2005 she featured on the daytime soap opera As the World Turns. She then made her guest appearance on Tv shows like  Southland, CSI: NY and Lie to Me.

Diaz entered the big screen in 2005 playing in the movie How the Garcia Girls Spent Their Summer. Afterward, she got an opportunity to perform in the Tv films  Ben 10: Alien Swarm and The Jensen Project.

Her breakthrough role came in TV series The Nine Lives of Chole King in 2011. She also played the recurring role in the series Army Wives and The Vampire Diaries. She garnered recognition as Dariela Marzan in the CBS series Zoo.

The beautiful actress Alyssa is in a romantic relationship with her mystery boy friend Emilio. Even though, she hasn’t revealed much about her boyfriend yet she often share the photos of them spending quality time.

The duo started their affair in March 2015. As the pair spend most of their free time together, it seems they share a strong bond.

The talented actress Diaz makes a huge amount from her career. Her net worth is certainly not less than a million.