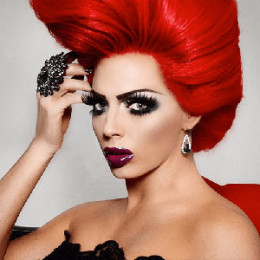 American drag performer,dance teacher, and businesswoman Alyssa Edwards is currently single.She won the title of Miss Gay America 2010.She is the daughter of Sherrie Johnson.She has won many awards some of them are Miss Gay Heartland America 2009,first alternate,Miss Gay Mid East America 2008 and soon.She debuts from the movie named Pageant in the role of Herself.Her first television series is RuPaul’s Drag Race.

Alyssa Edwards is the part of a drag family.She is the judge of California Entertainer of the Year pageant, which Shangela won. was eliminated in episode 9, following a lip sync against Coco Montrese, and finished in 6th place.World of Wonder, the production company behind RuPaul's Drag Race.She has many fans and followers on her social sites .She has beautiful eyes.