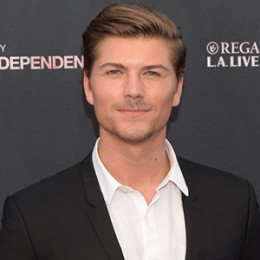 Amadeus Serafini was born in California. In spite of being born in the US, he spent some of his childhood in Europe as his family moved there. Amadeus worked at a Hollywood nightclub previously from where he was brought out to modeling by his manager. After getting into modeling, Amadeus decided to take film studies and then professional theater studies. Amadeus is mainly known for his work in the TV series Scream where he stars as the character of Kieran Wilcox. He got into acting through the short film "Smoke" in 2013.

Amadeus Serafini took acting courses from Eric Morris who is known to have worked with Johnny Depp and Jack Nicholson. He is also known for his works in TV series Oh La La and Hollywood Speaks French. Amadeus co-stars with Carlson Young in the series Scream. He has not disclosed anything regarding his personal life and relationship. However, he is often seen with actress Carmen Nicole Tonnarelli and there has been a rumor about their relationship. But Serafini has not revealed anything about them officially.