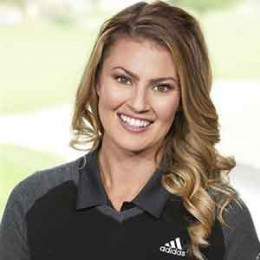 The Pennsylvanian born sports reporter Amanda Balionis started her career by working for local newspapers and later on began doing Television sports broadcasting. She was an intern for ABC News NOW, The New York Islanders, the New York Jets, CBS 2 during her university years. Balionis is currently reporting golf for CBS Sport and has hosted several CBS golf segments like the Masters and the PGA Championship. She has managed to make herself a household name in the sports journalism field.

Amanda Balionis was born in 1987 in Pittsburgh, Pennsylvania. Along with her family, she moved to Lancaster at the age of 10.

She was interested in sports at a young age and began playing volleyball in her high school days. For her education, she attended Manheim Township High School and remained there from 2000 to 2004. 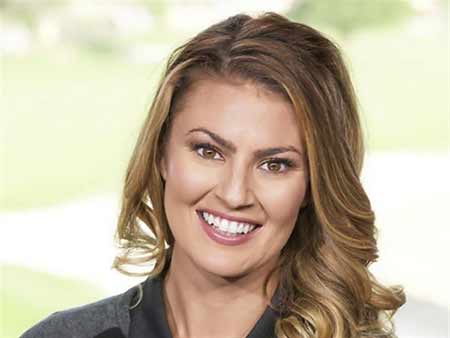 Later on, she decided to enroll at Hofstra University where she studied Broadcast Journalism and graduated in 2008. While her time at the university she was involved in many curriculum activities.

She was involved in the Association for Women in Communications, local WRHU radio station, and The Chronicle student newspaper. Balionis, later on, went on to pursue a career in broadcasting.

Amanda Balionis is professionally a journalist and broadcaster who first began working as an intern for ABC News NOW, The New York Islanders, the New York Jets and CBS 2 during her university years.

Then after her graduation, she got hired as a reporter by the Local Lancaster Newspaper in 2008. She was responsible for producing & editing sporting segments and also hosted a weekly online segment.

Colts make it wins in a row heading into their bye week, oh and also now have the leading points scorer in the NFL on their team in Vinatieri #INDvsOAK

The experience she gained by working for the newspaper came handy in her future endeavors. Her next job included her alliance with Verizon Sports where she worked as a Freelance Sideline Reporter and covered Rutgers Women's soccer & basketball.

In 2014, she began working as an anchor & reporter for the PGA Tour and is the member of the CBS Sports Golf Team, one of the renown sporting broadcasting stations.

Amanda Balionis is a successful reporter but her net worth is not estimated and is still under review. However, her net worth can be estimated to be not less than a million dollar seeing her live a luxurious life.

Her main source of earning is from her career as a journalist and reporter. As a sports journalist and is associated with CBS Sport she gets a paycheck ranging from $40k to $100k annually.

The sportscaster Amanda Balionis is not married nor rumored to be in a relationship with anyone at the moment.

Though she barely gushed about her dating life and boyfriend in media, she posted about it on Twitter on 8th February 2014, Have a look:

@TheMrRightNow ooh my boyfriend has those dinners covered but thanks :)

I can’t thank the @atlantahumane society enough for having us out today this shelter is incredible, adopting out 180 animals a WEEK and being able to have up to 500 rescues between both facilities at any given time. Check out my saved story for ways to help and for the ridiculous amount of puppies they currently have that are looking for homes. Oh, and don’t worry, they helped us predict the score of the game Sunday as well which will be up shortly over on @cbssports account

In 2016, her parents were in a severe car accident as they had been hit by a confused driver. They were immediately admitted to the ICU and also kept in the ER where they were given intensive medical treatment. Luckily both of her parents survived.

She has a French dog as a pet whose name is Chorizo. Balionis is active in her Instagram account where she has around 86.8k followers on the site as of January 2019. On Twitter, she has 68.9k followers. Balionis stands at a height of 5'5 feet and has managed to maintain a good physique.