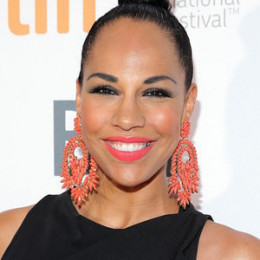 A Canadian actress,Amanda Brugel is currently married to Marcel Levis .The couple married on 7th March 2008.Marcel graduated from York University with a Bachelor of Fine Arts. She began her career with a movie named Vendetta. She has nominated for a Canadian Comedy Award in a category of Multimedia / Best Female Performance in a Feature. She has also acted in a science fiction television series called Orphan Black.

Amanda Brugel has acted in many movies among them her popular movies are Room (2015), Eyewitness (2016) and Suicide Squad (2016).Amanda Brugel is a founder of Brugs Army it's a nonprofit organization that focuses on improving the lives of women and children. The couple has two children but there is no information about them in social sites. Amanda Brugel has also acted in television series Dark Matter is her current series, she has a role of Keeley.

Amanda Brugel is currently married to Marcel Levis .The couple married on 7th March 2008.The couple has two sons.