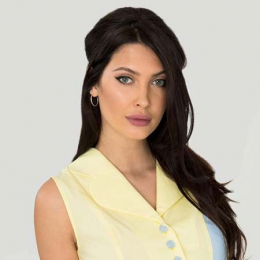 Amanda Hendrick started her career as a model at an early age, 15 and with her daylight effort and dedication, now she became one of the world's most in-demand models. In 2011, she was crowned with the title, Scotland's Most Stylish Woman. Furthermore, she posed for numerous fashion agency which includes some top industry such as Dior and Colours.

Amanda Hendrick: Who Is Her Boyfriend?

Amanda Hendrick is in a romantic relationship with her longtime boyfriend, JJ Peters. The duo started dating for a long time and shares a strong bonding. 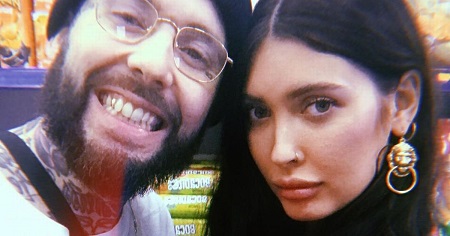 Amanda Hendrick tied her knot with her long-term boyfriend, JJ Peters after one year of their love chemistry.

Previously, Hendrick in an interview revealed how she proposed Peters,

"I proposed to him in an Irish pub in Madrid in April."

This statement of her shows her affection and love towards him. In addition, the lovebirds knew one another for more than 10 years but they never got proper time to express their love but later they realized and started dating.

They plan to tie the knot in front of their closed colleagues and family members in Las Vegas. Regarding her opinion about her wedding ceremony, she said,

“I’m Scottish and he is Australian so it’s impossible to have a wedding where everyone can attend, plus I’m really not into traditional wedding stuff so we are having a shotgun wedding in Vegas with a few friends this month.”

Further, Amanda walked down the aisle with the amazing dress designed by an Aussie designer.

“I’ve had my heart set on a Grace Loves Lace dress, which is an Australian brand, for as long as I can remember.”

Additionally, Amanda and JJ are also parents of their bundles of joy, a daughter, Misha Hendrick Peters. On, May 17, 2019, She uploaded a photograph of her along with her husband and daughter with a caption, "We are family" on her Instagram.

Previously, Amanda dated Oliver Sykes, British Singer from 2008-2012. The former partner in crimes first separated when she wanted a baby with him but later they ended their relationship when she cheated Skyes. In addition, Oliver tied his knot with his long-term girlfriend Alissa Salls and was previously married to Hannah Pixie Snowdon.

Amanda Hendrick's Net Worth: How Much Does She Earn?

Amanda Hendrick, with her remarkable performance and outstanding work on her modeling career, assembled an impressive pile of green dollars, $250 thousand. As the average salary provided to a model is around $32,000-$48,000 for their effort and dedication on their projects.

Also, read: Are Actor Jonathan Groff and Lea Michele in a relationship?

Amanda consists of an iPhone 7 whose price ranges from $549-$669 and also consists of brown color Gucci bag whose base starting price ranges from $2,300-$2,490 of good quality. In addition, she owns her own clothing brand  ¥€$ and is a high-end streetwear line which is helping her to increase her green dollars on her saving accounts.

Amanda Hendrick was born on 10 February 1990, Airdrie, Scotland. She started her career as a model at an early age, 15 and with her daylight effort and dedication, now she became one of the world's most in-demand models.

In 2011, Hendrick was crowned with the title, Scotland's Most Stylish Woman. Furthermore, she posed for numerous fashion agency which includes some top industry such as Dior and Colours.

Amanda Hendrick and Oliver Sykes tied their knot in front of their loved ones and well-wishers in 2018.