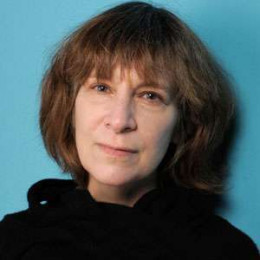 An American/Canadian actress Amanda Plummer,is currently single. Plummer won a Tony Award in 1982 for her performance in Agnes of God. She is the daughter of actors Christopher Plummer and Tammy Grimes. She won a Tony Award for Featured Actress and the Drama Desk, Outer Critics Circle and Boston Critics Circle Awards for her portrayal of Agnes in Agnes of God.Plummer began her career from the television series named Cattle Annie and Little Britches in the role of Annie.

Amanda Plummer is single. There is no more information about her affairs in social sites. She made her Broadway debut as Jo in the 1981 revival of A Taste of Honey, which ran for almost a year with Valerie French playing Helen, Jo's mother.She was nominated for BAFTA Award for Best Actress in a supporting role from the movie The Fisher King.

Amanda Plummer was born Amanda Michael Plummer on March 23, 1957, in New York City, New York, U.S. She is the only child of actors Christopher Plummer and Tammy Grimes. She is American and belongs to the White-American ethnicity.

Plummer attended Middlebury College for studied there for two and a half years. Later she joined Neighborhood Playhouse School of the Theatre in New York City as a young adult.

Amanda Plummer stared her professional acting career since 1975, she made her acting debut with American playwright, Agnes of God for which she won Tony Award.

Plummer has worked on several critically acclaimed films including Cattle Annie and Little Britches (1981), The World According to Garp (1982), Daniel (1983), and The Hotel New Hampshire (1984). She made her Broadway debut with 1981 revival of A Taste of Honey as Jo.