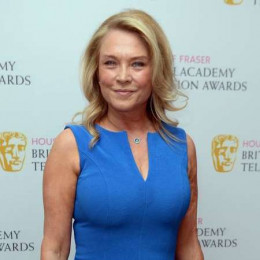 Amanda Jacqueline Redman is a British actress, best known for portraying Sandra Pullman in the BBC One series New Tricks. For her performance At Home with the Braithwaites and Tommy Cooper: Not Like That, Like This, she received BAFTA TV Award nominations. She was trained at the Bristol Old Vic Theatre School. Her father is Ronald Redman and mother is Joan Redman.

Accounting her personal life, she is a married woman. Till now she has been married twice. She was married to her first husband for almost 8 years and has raised a daughter together. After getting divorce she stayed single for a long time and she finally got married to her second husband in 2010. They both are going strong with their marital relationship day per day so there is no point on talking about their divorce.

He is the first husband of Amanda, who by profession is an actor. The couple were together for almost 8 years.

He is the second husband of Amanda, who by profession is a mobile-phone designer. They are together since 1999.

She is the only child of Amanda, who is also an actress.