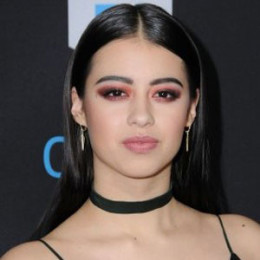 Amber Midthunder is famous for her main role in the FX series Legion. She also makes her appearances in television series Longmire and Banshee.

Amber Midthunder is an actress and filmmaker born on 3 March 1991 in Montana, U.S.,  to father David Midthunder, who is an actor and mother Melina, who is a casting director.

Midthunder is a member of Lakota-Sioux tribe and later became Native American tribal member. She is also as a minor received “Legal 18”.

Growing up in a family of artist, Amber began her acting career at the early age of nine as a speaking character, opposite to Alan Arking in the indie blockbuster Sunshine Cleaning. She also appeared in 2013, Television series Banshee, created by Jonathan Tropper and David Schickler.

Later, she appeared in the television series Longmire, developed by John Coveny and Hunt Baldwin, based on the Walt Longmire Mysterious.

In 2016, she was cast as a lead role in the 2016-17 television show Legion as Savant Kerry Loudermilk. Later, in the same year, she featured in the hit movie Hell or High Water, portraying the role of Vernon Teller.

Besides, acting she also enjoys spending time with children and often visits orphan homes and spends her quality time with the kids.

The 26 years old, Amber Midthunder is not married yet. Although she is often spotted with guys, she has stated that they are just her friends.

She is passionate about her work and is fully dedicated and devoted towards her work and having a boyfriend is secondary for her. Amber is also active on Instagram and has about 10k followers.

Amber is famous for her excellent acting skills and cute looks. As of 2017, her net worth is under review, and it seems that she has earned good amount of salary appearing in several movies and television series.