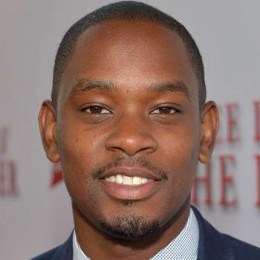 Aml Eysan Ameen is a talented actor, who came to prominence after his portrayal as Capheus in the Netflix series Sense8, Malcolm in Harry's Law, Trife in Kidulthood, Lewis Hardy in The Bill and Alby in The Maze Runner. Till now he has won the 'Best actor in a TV performance' at the 2007 Screen Nation Awards. He was born to Jamaican and Vincentian parents.

Moving on to his personal life, he is yet unmarried but is in a serious relationship with his girlfriend. He often posts picture of his and his girlfriend's on his social media account and it seems like the two have a great bonding and mutual understanding with one another. Though the couple are together from a long time, yet they don't have any children. We can stay connected to him via Twitter @AmlAmeen.