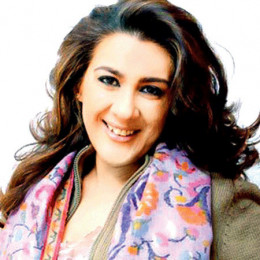 An Indian film and television actress who in 2006 won Filmfare Best Villainous Role award for her role in movie named Kalyug. She was born to Sikh family. She is the daughter to Rukhsana Sultana and Shavinder Singh. She is granddaughter to The Hon Sardar Bahadur Sir Sobha Singh who was entitled "Sir" for his bravery. She had attended Modern School located in New Delhi where she learnt English, Hindi and Punjabi languages. She started her career in acting by debuting in movie named Betaab, which helped her to gain popularity. Mard, Saaheb, Chameli Ki Shaadi etc, are some of popular movies she has starred. She has already worked alongside with popular Bollywood actors like Anil Kapoor, Amitabh Bachchan, Sunny Deol etc.

Talking about her private life she was married to her long time boyfriend who is twelve years younger than her. She was so devoted towards him that she gave up her acting career for her family. Together they have two children including one daughter and a son. But after thirteen years of their marriage, their marital relationship didn't work out well and the couple got divorced. She is still single after her divorce.

Professionally he is one of the very popular Indian actors. Their marriage was performed according to Islamic wedding ceremony. Reason behind their divorce has not been disclosed yet.

She is gorgeous. She is also a good dancer and took part in a Marathi Nrutya-Naatika which is a dance play program.

He is the youngest son of the family and he looks more like his father.